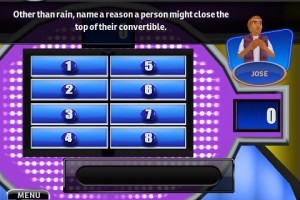 Scrabble was introduced as a board game in 1949 and many have been professional scrabble players since then. This game has been taken outside of the home and into the competitive word of international championships. The aim of the game is to create words from a selected set of 7 letters and to score as many points as possible with the help of the bonus points on the letter tiles. Just like most of the games we have played since childhood, scrabble has made it to the world of the internet. The most popular being the one on Facebook called Scrabulous.

Today, Scrabble is made available for Andoid phones. Here are some of the most popular Scrabble games for mobile: 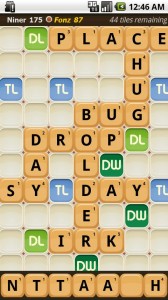 This is a game that gives you seven random selected letters and challenges you to a game on a virtual board. You can either play with a friend while sharing a phone or the one is online. You can play up to 50 games at once but that slows things down. You can leave the game by pushing notification button. The preview and clear buttons can be used to get the best result. 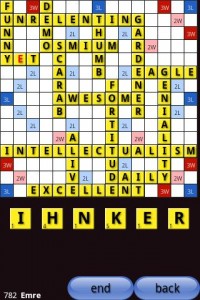 This is a Scrabble game featured on all Android phone models. In this game only 6 letters will be randomly given to you to work with. There is an official Scrabble dictionary that will allow you to use pretty much any word you choose.

Two version of this game is available, the Free BitLetters and the one dollar BitLetters.

This is available as a free version and the premium version. The ad-supported free version comes with a full-screen advert. This is probably the most appealing android Scrabble games. It features varied in-game skins and the capacity to play multiplayer with at least 25 games at one time. 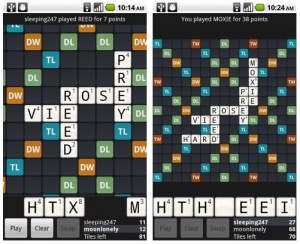 This game allows you to play up against up to 30 opponents simultaneously. It is compatible with Android 1.6 platform and uses the standard “drag the tiles” pattern. Chat ability makes this game easier to play. There is an opponent tracker and it gives you the option to choose your random co-players.