The best selling Samsung S5230 Star now has successor, the S5260 Star II. It features a the same specs as the original Star though some have been modified like the Wi-Fi connectivity, the 3 inch 240×400 pixel screen, and a 3.2 MP fixed-focus  no-flash camera. This touch screen mobile phone also has a deep social networking integration, sadly though, this is not a smartphone.

From Nokia comes the E7 series also can be called a “mobile office” because of the great functions and features it offers. It is a full touch screen and full QWERTY slider phone with a large 4 inch screen display and an 8-megapixel camera. With this unit you can get emails directly from Yahoo!. Gmail, Hotmail and other sites. Chat through the IM services too and get updates on FAcebook and Twitter on the home screen. This phone is powered by Symbian 3 operating system that offers more than 250 features. 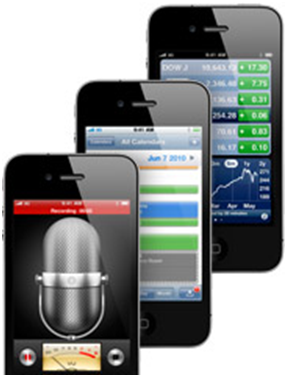 The Apple IPhone 4 has great features that will certainly make anyone amaze. It has two cameras the front one that focuses on the user and the usual one at the back. It features FaceTime that allows the switching between the two cameras during a video call. Take great looking pictures with the 5 megapixel camera with built-in LED flash. The screen display is the most vibrant kind with the highest resolution that is 4 times the pixel count of the former IPhone models. This sharp pixel density allows for image to be stunningly clear.