Posted by admin in Mobile News 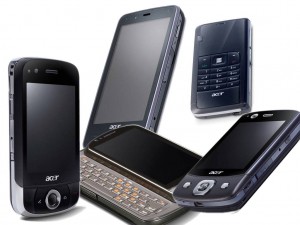 Smartphones are currently dominating the mobile phone market for the past several years and they will continue to do so into the future. In fact it is said that shipments of these most advanced handsets will reach 850 million by 2015. It may even reach a billionth mark before that year ends because of the high demands for these superbly designed devices.

The growth in demand is reasonable because Smartphones are powerful handsets with large memory, wide screens and open operating systems. They offer faster connectivity than any basic mobile feature phones. While both types of handsets are able to run applications on certain platforms, it is a smartphone that actually have the better capability to install and run more advanced applications. Add the fact that you can also get faster Internet connectivity with a smartphone than any basic mobile phone.

It is estimated that over 45.5 million people in the United States alone owned smartphones. Last year only a 20 percent of the total mobile phone shipments are smartphone, but by 2012 more than half of the US shipments will be smartphones. That is how greatly welcomed this great modern innovation was.

The significant aspects that make the smartphone success are it excellent features like; a powerful browser, various applications, user-friendly interface and great keyboard or the touch screen. The fact also that it is indeed a very trendy device adds to demand for it.